Certainly, each of us will experience things we do not want as we travel our life journey. The key is how we react.  What power do we wield? Jodean’s story demonstrates the process—the dilemma, the initial reaction, the taking charge, reaching for good, and noticing that help shows up for her. Read on…

No Charge in the Phone

One day Jodean’s smartphone was not holding a battery charge. Golly it read 10% charged, too low. At first J did not think it was a big deal. That 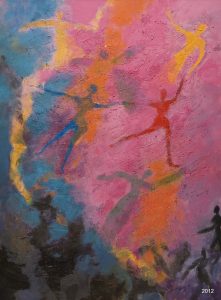 afternoon she put it on charger for a few hours—no increase in charge. Then overnight—no change. “Oh dear,” thought she, ” My phone is not working properly.”

Clever and resourceful our star researched phones not holding a charge. There she discovered that the cord is often the cause.

“Whew,” she smiled, “an inexpensive solution may take care of this. Off she went to a well known electronics retailer. J selected her destination because it sold a variety of cords.

The trip to that store lasted at least two hours. First a sales rep consulted geek squad colleagues and reported that the phone’s battery was infected with a virus and that it had gotten into other phone systems. He said her phone would not carry a charge and that to use it it must be on a charger. Therefore, our heroine got the message—this phone was toast. ” Ok,” she decided, ” I will shop for a new phone now.”

As she listened to the salesman, she learned that her first choice phone cost more than she preferred to spend. The salesman advocated a product from the same series that cost less. As he explained its specs, he told her that the camera was superior to the one in her current phone, a feature important to her.

As he went to ring it up, he discovered this model was not in fact priced lower than her requested cost.  Off her ran to discover a solution to the phone sale. Voila he found another in the series that was a lower price. When asked what features were eliminated at that lower price, he shrugged off the differences and said the camera was the same.

Jo bought that model. As a feature of the purchase the store levies a fee for phone return within 14 days.

She got help loading the phone from her cell provider. While there he questioned the diagnosis of what had happened to the current phone. She left there with a working phone.

The situation was very much troubling her. At home she researched the specifications of the purchased phone and compared it to the higher priced one in the series. J discovered that the camera of the device she brought home was not in fact “the same” as those other models in the series: it was an inferior camera to what she wanted.

What was Jodean doing inside? Yes, she was feeling shocked and upset. And, she realized that she could reach for better feeling. Yes, she was becoming agitated. Yes, her mental habit of self blame, of feeling like she did not know enough about tech. J thought, ” I should be staying calmer through this.” A bit more time elapsed and then she chirped, “But wait, I want to see what good will come from this bump in the road. I can reach past this ‘should’ to more self support.”

That evening she was leading a support group of folks who want to consciously uplift themselves. In she went admitting that she was challenged at this moment. The meeting went fabulously! The gathering affirmed how they want to handle our situations. They shared amazing success stories of the Universe producing unimaginably good results.

In the night the fear triggered by long held habits of thought coursed through our star. Self Supporting, Jo used Jin Shin Jyutsu to calm herself and got sufficient sleep to enjoy her next day. This dear woman watched herself feel these intense emotions and knew in her heart these feelings were not the whole truth about her situation. Further, she was able to soothe herself by envisioning being rescued with this problem lifted from her shoulders.

Jodean woke calmer and with some clarity. She would return the phone, make the case to waive the fee. Maybe she would buy the higher priced device with the better camera.

The next day our heroine loved that two of the members contacted her to express how valuable the support group meeting had been for them. One volunteered to help her financially with the purchase of a phone that she could really enjoy. The friend said ” To feed your soul.”  Jo felt deeply moved by this gesture of help. She felt as if rescued and as she had imagined in her fear-filled night.

What she wanted flows

Coincidentally, one friend phoned from another state with good news. In a similar circumstance, that friend had the return fee waived by that same retailer.  More support flowed to her!

During Wed her original device held a charge all day. With research our protagonist learned that this problem was experienced by others owning this phone. As the store personnel performed functions on the phone, its ability to hold a charge was restored.  A big Insight: she did not need a new phone now!

On Wed am, Jodean felt stronger and more confident.  Our star realized she had a good case for the fee waiving, and J knew how to present it. She even received validation of thinking from several friends.

Late Thursday she visited the retailer to bring back the phone.  Confidently, she approached the return desk and knew she could prevail.  In an intense 30 minutes she made her case to two supervisors, presenting: 1) what she wanted; 2) what had occurred and 3) how the store could satisfy her. It worked: Jodean returned the device with no fee.

Isn’t it great that our wonderful woman was able to notice her habits of thought. True, J could not stop them immediately. Yet, she could reach for good as her feelings flowed, and a result, Jodean reached for new thinking.

This journey of living will have strong experiences. Neural pathways not yet fully replaced will get triggered—THIS IS WHAT THE PROCESS OF GROWTH LOOKS LIKE.

Got some stories of your growth journey to share? Please comment. It soothes us all to hear successes!