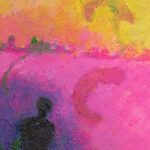 In the new approach to forgiveness, we will release ourselves from our habit to review past hurts and to hold onto the tensions of anger, resentment and more. We do this by appreciating what we can experience, generously enjoying our dear world around us. Filled with this higher vibration, we KNOW we are secure and loved already.

Gertrude had gotten annoyed at a friend named Dena’s behavior. G also felt discomfort with her own actions.

G attempted to act as mediator and offer a voice of calm between Dena and another friend. In the process she realized her position was awkward and unwanted by the two parties. The assistance she had wanted to offer was not flowing as envisioned.

Then she read about a different approach to forgiveness—one where she focused on giving herself relief and soothing her own feelings by looking toward what she DID WANT.

Soon, Gertrude spent some quiet time with herself. She talked to herself kindly and had the goal of easing her own attitudes toward Dena.

D had come to town recently and asked to spend Christmas Day with Gertrude and her partner. Dena attempted to persuade G, telling a tale of how hard it will be for her to experience Christmas where she is currently staying.

Because Gertrude had given herself time for contemplation and soothing, she had gotten past her anger with Dena. Instead, this dear woman decided to express with D authentically, come from her strength and allow herself to feel compassion—for both herself and her friend.

This place of personal power reaches way beyond when we come from anger alone.

In the talk, Gertrude explained what it had been like for her to be caught between Dena and another, her discomforts etc.

G also shared what she wanted from her Christmas Day, articulating how she relished her alone time on this holiday.

G listened from calm. D kept trying to change her mind, making her points, not responding to what G was sharing.

Then, Dena wanted to end the conversation, ignoring what G had laid out.

Where does the Forgiveness fit in? G had soothed herself and did feel stronger in her own position. She FORGAVE HERSELF for feeling the anger and awkwardness and as a result,  stood by her own needs.

Are we required to “sacrifice” ourselves as part of forgiving another? Not at all. We release our own feelings of resentment for OURSELVES.

Reaching deeper within herself, G found strengths past the anger. Sometimes when we react in anger, we ourselves feel a victim of circumstances. Moving past that, she found her inner lioness to stand up for herself.

Did Dena recognize and acknowledge Gertrude’s statements position? Not particularly.

G had wanted her forgiveness work to result in feeling at ease with Dena and with what she might propose. As it happens, Gertrude did not feel very relaxed in that conversation.  Dena was pushing her to allow a visit on Dec 25 and G found this both irritating and off putting.

Had Gertrude “fallen short” of using the spirit of the different approach to forgiveness?

No, not at all. Our heroine had done her inner work: supporting and appreciating herself and Dena. She had shifted her feelings about D.

During the talk G did not come from anger or frustration. Instead, she came from sharing her own point of view in a balanced way.

The balance was based in having gone inside to release the anger that had been triggered. G had gotten past her material from the past and found her strength in present time.

Do you have some success with balancing yourself to share? Perhaps an account involving forgiving yourself? Please share with all of us. We all can do this!

Janet Pearlman is a spiritual teacher, counselor, healer and artist. She inspires others to know themselves and compassionately to develop skills of empowerment. In her forty-five year journey of self-discovery, she has deeply studied the teachings of Abraham-Hicks, Ernest Holmes and more. Janet offers individual sessions by phone and in person. Please contact her at jpearl555@earthink.net to arrange an appointment.