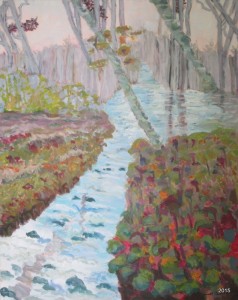 Isn’t it fun to notice how things are always working out for me– especially when I reach for satsifaction as much as I can! Below check out this account from a few years ago

During the days of the approaching blizzard, I kept eyeing snow shovels as I picked up food and other provisions.

I had a snow shovel to use and admittedly, I put greater focus on acquiring rock salt.

Snow fell from the skies for two days, leaving some impressive accumulations. On the third morning, the sun shone and I trudged down the long, steep and winding drive to the car, two shovels in hand. Time to dig out.

First, I used my small sturdy car shovel. Then I changed to the snow shovel. As I bent knees, scooped and threw, I noticed a crack in the shovel. To my dismay, I realized the crack ran through the blade. Uh oh– this piece of equipment was falling apart and soon. Surprised at its poor quality and construction, I knew snow shovels to last many years. It had not occurred to me that it was so worn out. Through the first clearing session, it was still working. I left it near the car and went up for lunch and rest.

About three hours later, I came back to break through the plowed bank to the road. Notably, other people were there with a car parked right where I needed to shovel. Soon I saw that the shovel I’d left behind lay in pieces on the pile.

“I broke it,” piped up the woman with the car. I responded, “Oh I know it was on the brink of  breaking. Maybe you could loan me one of yours for a little while so I can get this done.” Immediately she spoke up, “Yes, of course. And we will help you.” Along with her teen aged daughter they start to address the dense plowed pile. Presto Chango before I could say much, I had two helpers!

The companionship alone was alot of fun. I really liked discussing how to shape the exit in this mound of white stuff. We reviewed how I could back into the spot when returning and what angle opening I required to do that.

Soon most of the job was done,. The neighbors volunteered to leave one of the shovels in a bank across the street for my future use. Then off they drove, choosing to stay off the mountain so as to get out to work for Monday. I used my remaining stamina to widen the space, further clear the wheels, and hang curtains ( just seeing if you are paying attention 🙂 ).

I had not bought a new snow shovel. In the past I would have beat myself up for that. After all the one I had was worn out and I had not noticed — and I really needed a shovel for this clean up! Instead, I had kept going along, trusting the shovels and that things would be alright.

Look what happened! I arrived for the second shoveling just at the perfect time. The neighbors had completed their work, but had not yet left the area. I connected with folks who cared that they broke my property and dived into assisting me to make amends. And, they left behind a shovel I could use.

And I had the fun of saying: Wow! Look at that Flow of the Universe! Wow Surprise and Delight! Isn’t it great that the shovel broke! Let’s notice what can come from some unwanted happenstance if I stay fairly calm and trusting.

Do you have a tale of Good Flowing from Unwanted to tell? Please comment! Things are always working out well for all of us.