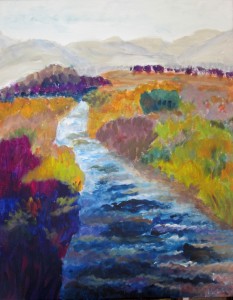 We are appreciating what we can around us. Maybe you are making such lists morning and night. Good starts to flow to us.  And Good flows through us to others.

Do we love stories of rescue? Yes, we do! Below read about a few:

Layne brought over some lumber to a neighbor. She’d intended to get to that errand,  and that day she loaded the truck and did it. While she was visiting, L noticed that the bin in that barn had been opened.  Some neighbor’s horse had gotten into this trough of grain. Our heroine knew that the amount of feed consumed could be deadly for whatever animal had feasted.

Promptly, Layne and her neighbor figured out whose horse was probably the culprit, investigated and flagged the danger to the animal’s owner. The horse was treated in time and no major damage to the animal occurred. L’s impulse to do her delivery that morning, resulted in saving an animal. Our star felt fabulous!

When in her late twenties, Pauline’s routine dental x-rays showed a bit of darkness around a front tooth. Reading the film, the dentist informed P that she needed a root canal, and an appointment was scheduled for a few weeks hence.

It happened that P had planned to visit her in laws shortly before the day for the procedure. Her mother in law, Mildred, heard that dental account and felt suspicious. Her son had injured his front teeth in his young life, and M felt particularly protective of  that part of the mouth.  In their neighborhood resided her family dentist who worked out of his home. When contacted, he agreed to spend a few minutes with our dear one.

In his opinion no root canal was needed. Returning home, P got a third oral health opinion.  In an interesting coincidence, the third professional had been the teacher of the first dentist who recommended the root canal. That man was appalled at his former student’s dental judgment. Pauline cancelled that root canal procedure!

Mildred, the mother in law, had saved Pauline’s  mouth. Our star went on to receive compliments on her smile for many decades!

Ranice was packing up her massage table to transport to a workshop. As she was folding it up, a piece came off one its legs in my hand. Ranice, not a handy woman, was startled.

Just then, some kind of delivery man walked up the stairs to R’s office suite. Rarely used, this building gets sparse traffic. That fellow looked into her office, saw her face and inquired if our star could use some assistance. In just a few short minutes this visitor fixed the table.

Meanwhile that man had a package for someone who was not located in this building.  Ranice’s situation was resolved before she could even think, let alone, speak about it. An amazing, totally unexpected rescue!

Isn’t it great to know that we each can show up to assist just when needed? Do you have some tales of rescue to share? Please comment with them! What fun to feel that Good flowing!